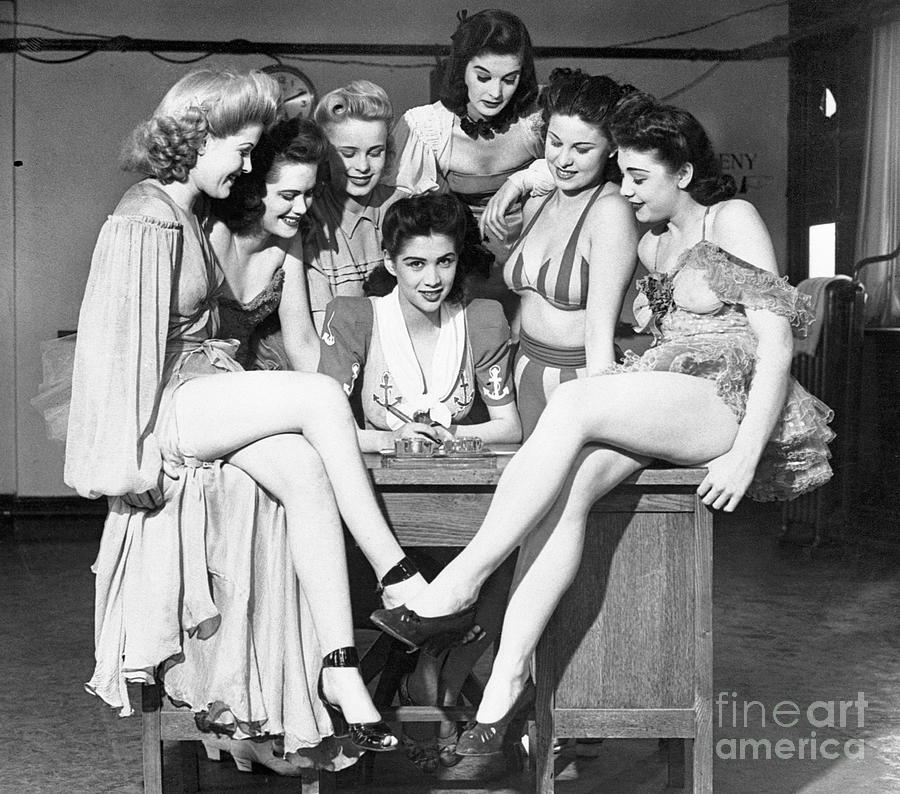 Television demands something pleasing to the eye as well as entertaining to the ear, so the not-so-beautiful gal with the beautiful voice who wowed you on the old-type radio program won't do so well on television. The British broadcasting company has signed up this bevy of pretty showgirls from the Windmill Theater to lend atmosphere to its television programs. (Photo by Bettmann Archive/Getty Images)