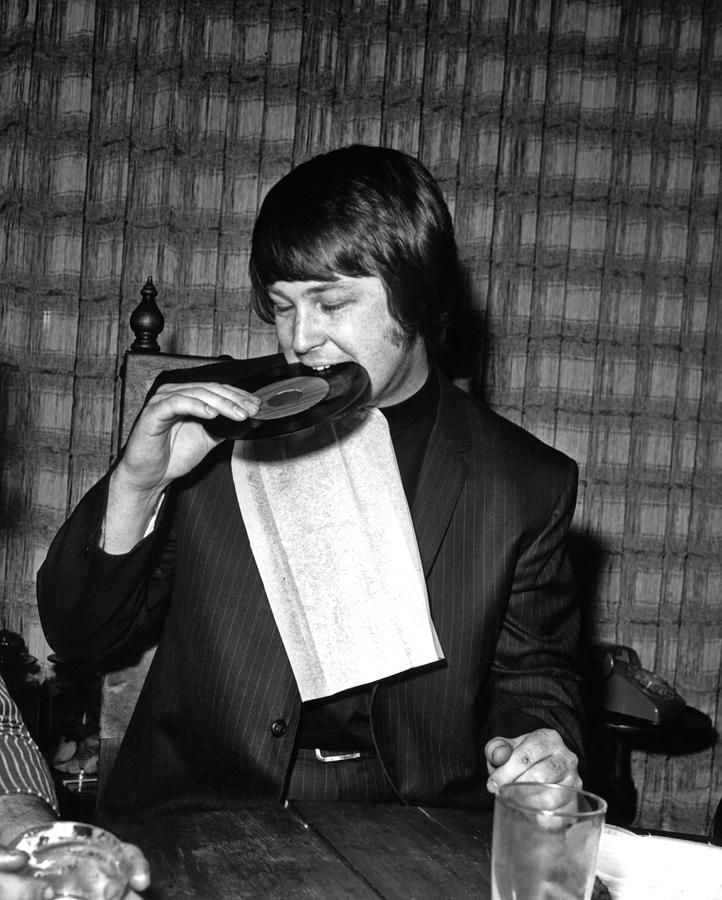 LOS ANGELES - CIRCA 1968: Band leader Brian Wilson of the rock and roll band 'The Beach Boys' chomps variously down on a record, a shoe, other people's food, a pepper grinder and shares with his dog in this photo session from a restaurant in circa 1968 in Los Angeles, California. (Photo by Earl leaf/Michael Ochs Archives/Getty Images)