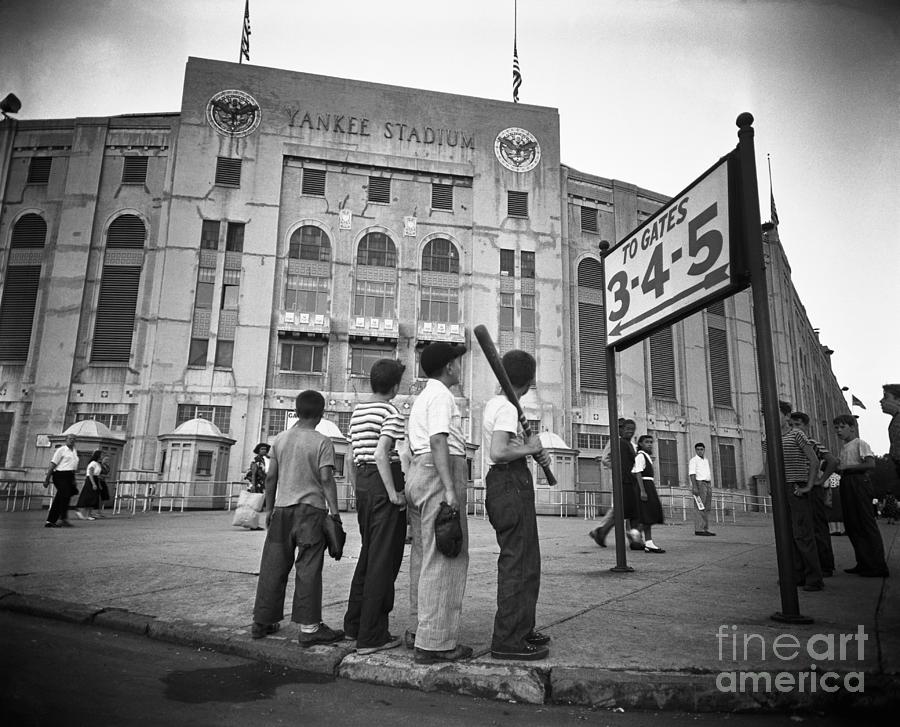 (Original Caption) "The Youngsters Pay Their Respects." Though too young to have ever seen Babe Ruth play ball, these 4 youngsters wandered down to Yankee Stadium on completion of their neighborhood ballgame, to pay their respects to the beloved athlete. They are shown outside Yankee Stadium, on their way to join the thousands who entered the rotunda of the great sports arena to pay their last respects to baseball's greatest figure.