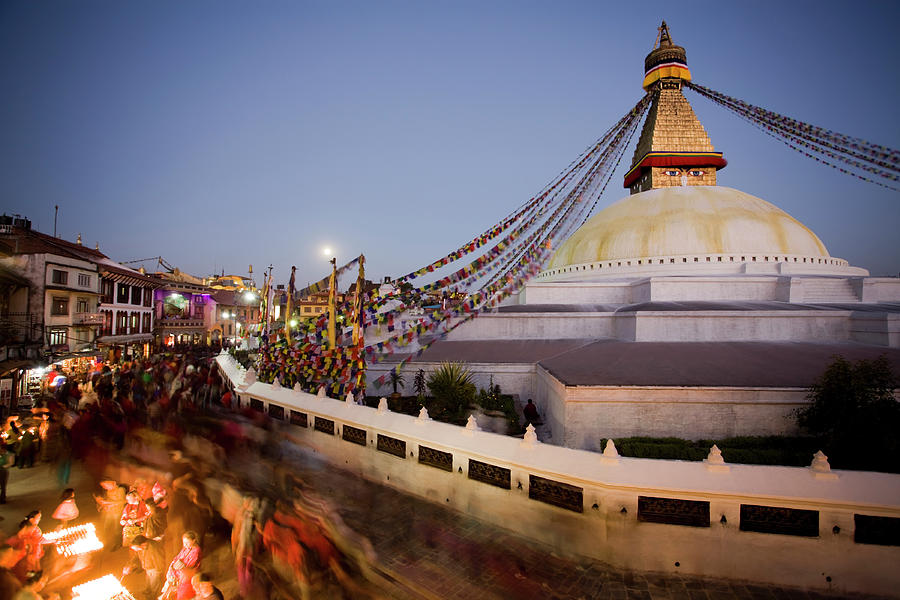 Boudhanath is one of the holiest Buddhist sites in Kathmandu, Nepal. The Buddhist stupa of Boudhanath dominates the skyline. The ancient Stupa is one of the largest in the world. The influx of large populations of refugees from Tibet has seen the construction of over 50 Tibetan Gompas (Monasteries) around Boudhanath. As of 1979, Boudhanath is a UNESCO World Heritage Site. Along with Swayambhunath, it is one of the most popular tourist sites in the Kathmandu area. During the days of & surrounding the full moons, the air is often thick with incense & mantras sung by monks, & the number of people visiting the Stupa increases significantly, along with the intensity of their mantras & prayers.