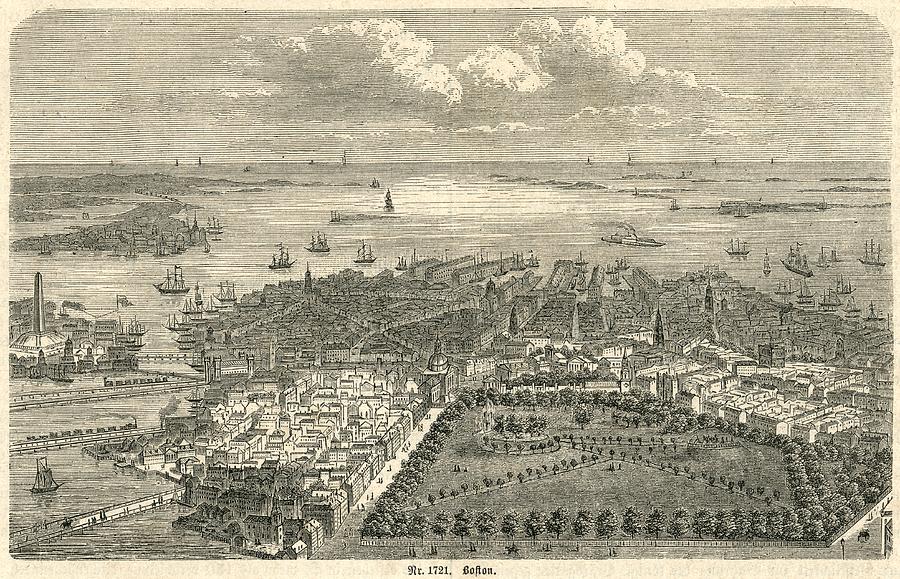 This illustration of Boston Harbor, a view looking out to sea, appeared in a German encyclopaedia. At the time of publication the population of Boston was 250,000, which dates this view to 1880 at the latest. Mention of a Newsletter that ceased publication in 1879 confirms this date. Title: Nr. 1721 Boston (This title includes the illustration number.) The features shown include the Bunker Hill Monument (obelisk on the left hand side) with, close by, two of the railway lines that were built to ferry granite to the monument as it was built (1827 - 1843). Amongst the multitude of three-masted sailing ships is one steamship, suggesting (perhaps) a date later than 1870.