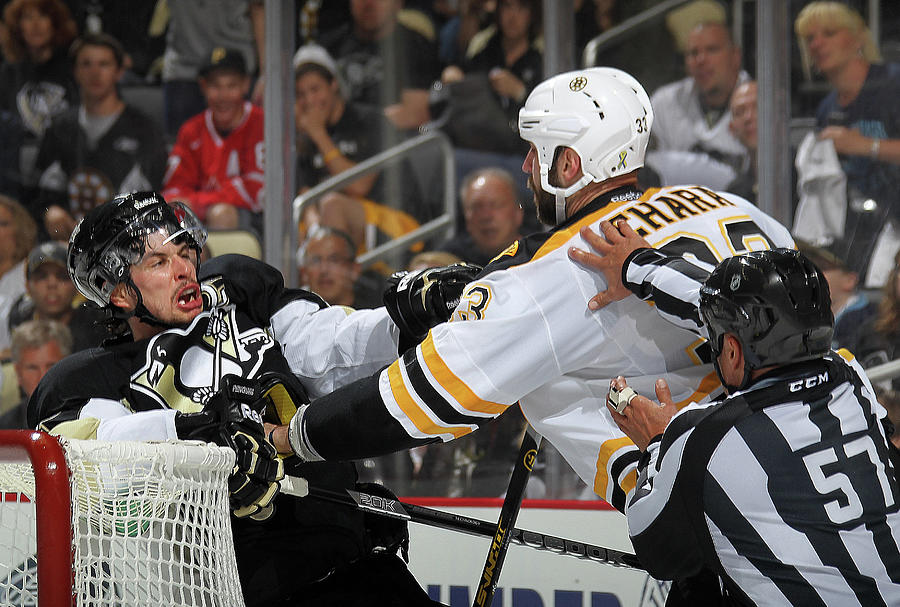 PITTSBURGH, PA - JUNE 01: Sidney Crosby #87 of the Pittsburgh Penguins and Zdeno Chara #33 of the Boston Bruins mix it up after the whistle towards the end of the second period during Game One of the Eastern Conference Final of the 2013 NHL Stanley Cup Playoffs at the Consol Energy Center on June 1, 2013 in Pittsburgh, Pennsylvania. (Photo by Bruce Bennett/Getty Images)