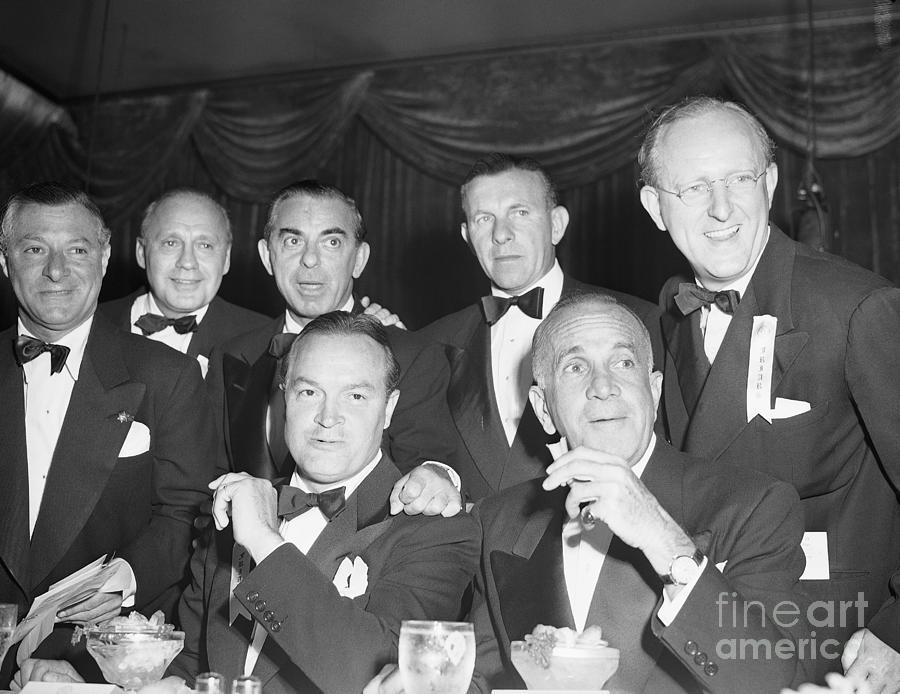 (Original Caption) 11/13/1947-: Leaders of the entertainment world join Bob Hope in a group photo at the Friars banquet honoring the comedy star. Seated next to Hope is Al Jolson, right. Standing, left to right: George Jessel, Jack Benny, Eddie Cantor, George Burns, and Kay Kyser. The combined ribbing of this group, plus the singing of Jolson, afforded an evening's entertainment such as has seldom been witnessed in Hollywood. Hope's war-time entertainment record of G.I.'s in every war-zone has endeared him to his fellow workers as well as the entire nation.