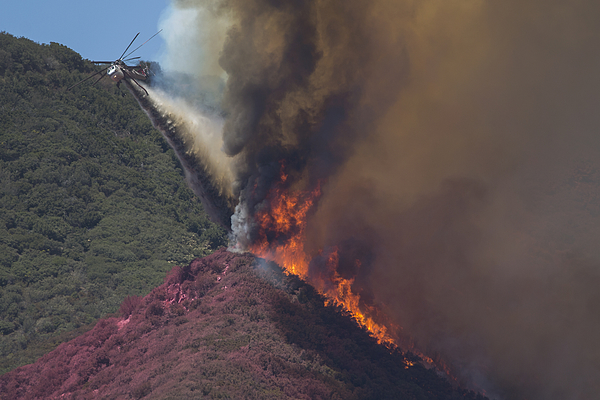 WRIGHTWOOD, CA - AUGUST 18: A firefighting helicopter pilot tries to stop flames close to jumping a ridge, even though the ridge is already painted red with fire retardant, above Cajon Boulevard at the Blue Cut Fire on August 18, 2016 near Wrightwood, California.. An unknown number of homes and businesses have burned and more than 80,000 people were ordered to evacuate as the wildfire spreads beyond 30,000 acres and threatens to expand into the ski resort town of Wrightwood. (Photo by David McNew/Getty Images)