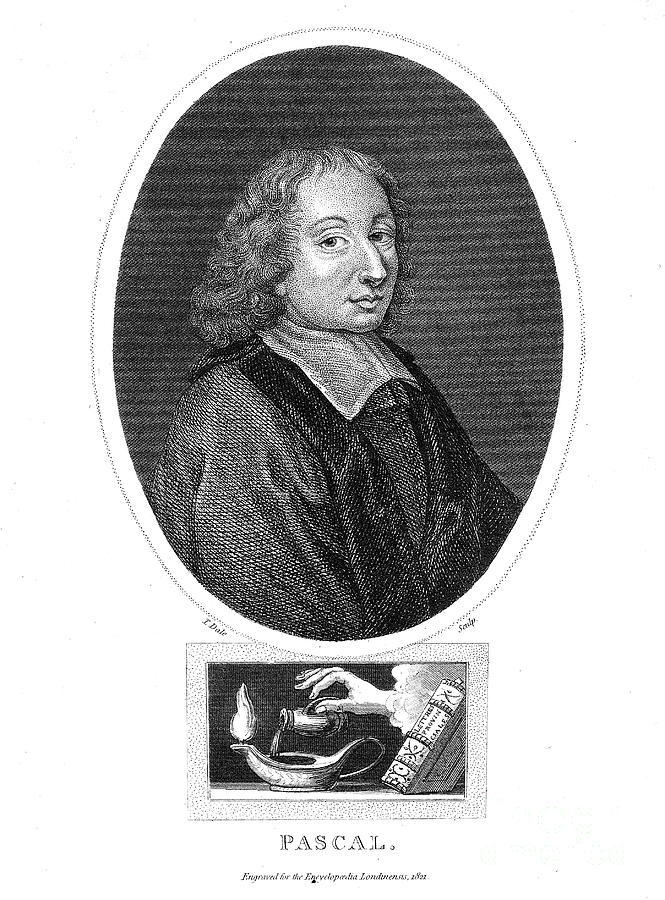 Blaise Pascal, 17th century French philosopher, mathematician, physicist and theologian, 1821. Credited with founding the modern theory of probability, Pascal (1623-1662) also discovered the properties of the cycloid and contributed to the advance of differential calculus. As a physicist, his attempts to discredit the notion that 'nature abhors a vacuum' led to the inventions of the barometer, hydraulic press and syringe. The SI unit of pressure, the pascal, and a computer programming language were named after him. (Photo by Oxford Science Archive/Print Collector/Getty Images)