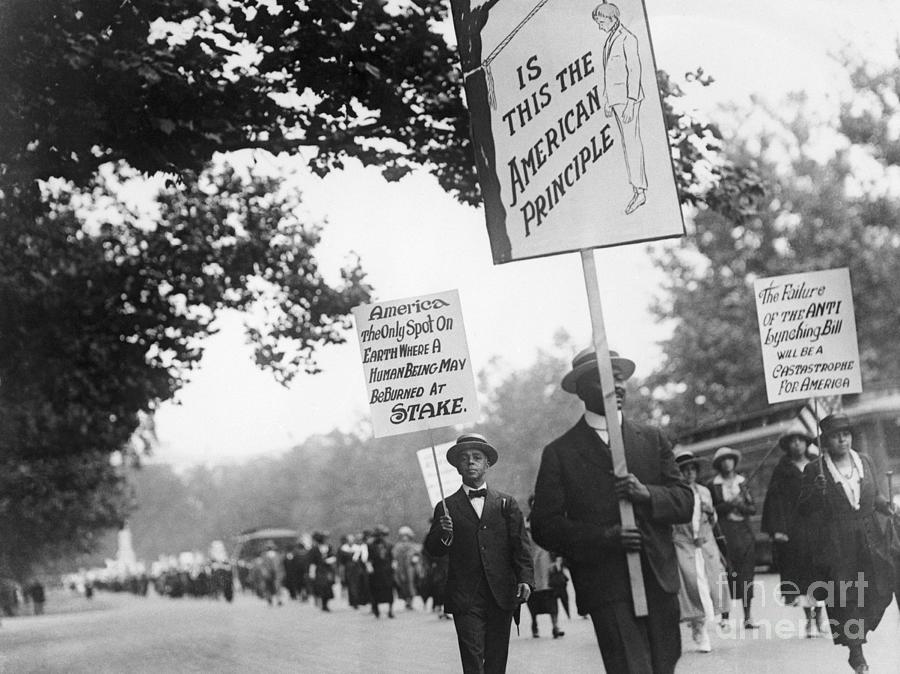 (Original Caption) 6/24/1922-Washington, DC: Some of the more than 3,000 negroes, carrying signs urging control and halting lynching of negroes, who took part in the protest parade in the streets of the Capital. Federal intervention is sought so that the series of hangings and kilings of negroes by whites may be curbed. The paraders also seek proper protection be provided for all negro prisoners. ORIGINAL CAPTION