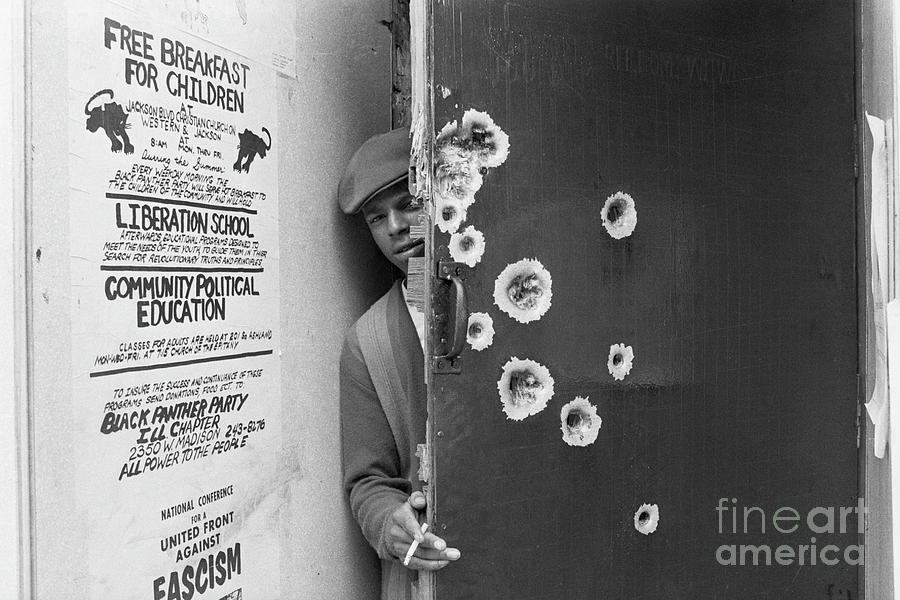 (Original Caption) 8/5/1969-Chicago, IL- An unidentified member of the militant Black Panthers peeks around a bullet pocked door which police blasted with gunfire early July 31st during a predawn raid. The police broke into the building after several policemen were injured by gunfire coming from the building's upper windows.