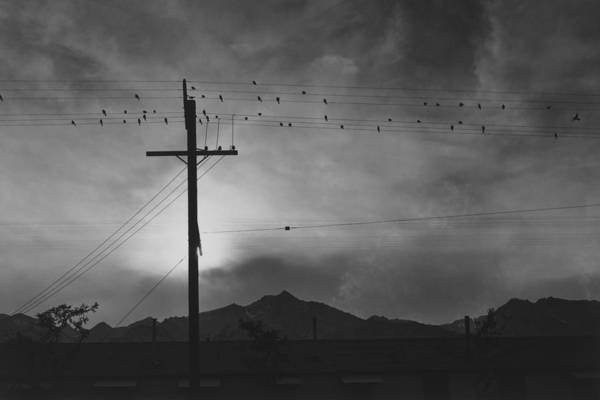 Birds On Wire, Evening art print by Buyenlarge.   Our art prints are produced on acid-free papers using archival inks to guarantee that they last a lifetime without fading or loss of color. All art prints include a 1" white border around the image to allow for future framing and matting, if desired.

UNITED STATES - CIRCA 1943: Birds sit on power lines above buildings, mountains and setting sun in the background. Ansel Easton Adams (1902  1984) was an American photographer, best known for his black-and-white photographs of the American West. During part of his career, he was hired by the US Government to record life in the West. (Photo by Buyenlarge/Getty Images)Image provided by Getty Images.