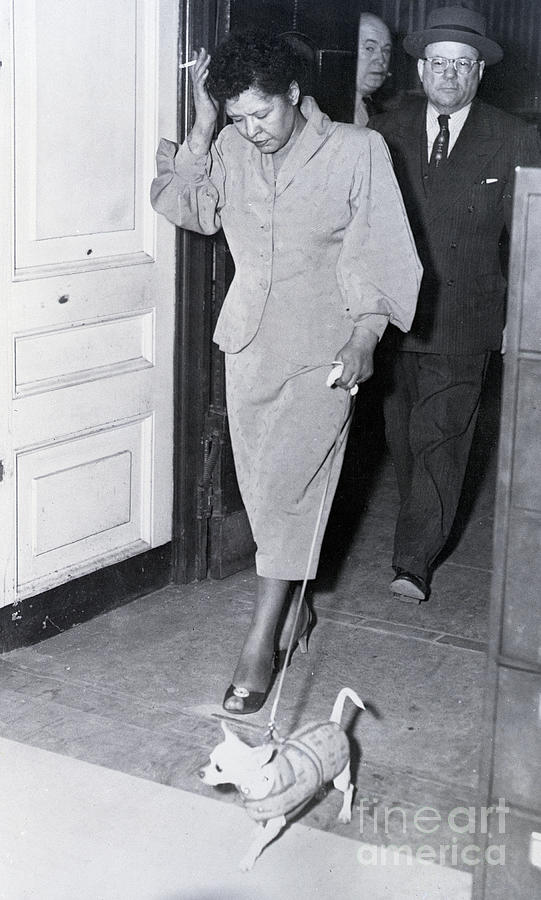 (Original Caption) 2/24/1956-Philadelphia, PA - Singer Billie Holiday is shown leaving the pokey with her pet dog following her release on bail on charges of being a narcotics user. Miss Holiday, currently fulfilling a nightclub singing act, was arrested in an early morning raid at her Philadelphia hotel. Louis McKay, her husband and road manager, was arrested with her on the same charge. The singer insisted on taking her chihuahua along to the lockup. Captain Clarence Ferguson (rear) led the raid.