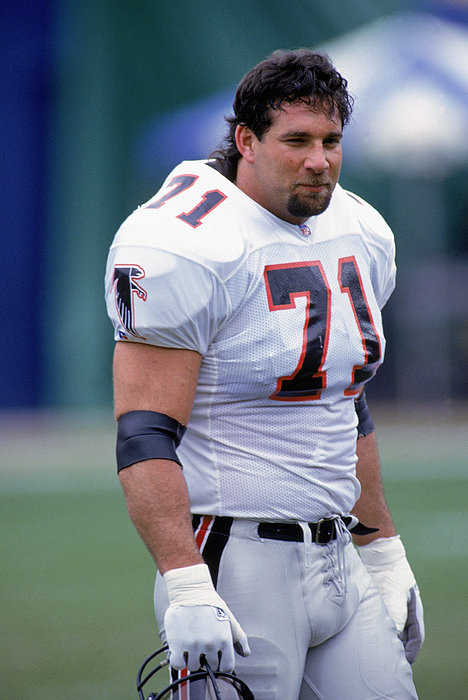 DECEMBER 27: Bill Goldberg #71 of the Atlanta Falcons looks on during the NFL game against the Los Angeles Rams on December 27, 1992. Bill Goldberg made a transition from the NFL to a wrestling star after an abdominal injury forced him to retire from football. (Photo by Stephen Dunn/Getty Images)