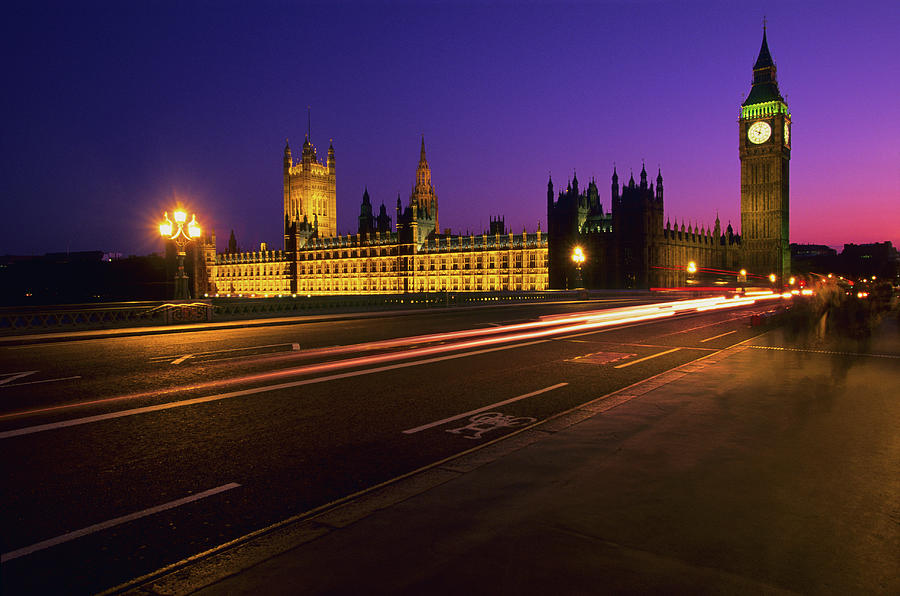 Westminster Bridge, Houses of Parliament and Big Ben Clock Tower at night, London, United Kingdom.Big Ben is the symbol of London and the UK. The Clock Tower is most often called Big Ben, though technically that is the name of the large bell inside the Clock Tower.The Palace of Westminster, also known as the Houses of Parliament or Westminster Palace, in London, is where the two Houses of the Parliament of the United Kingdom (the House of Lords and the House of Commons) meet. The palace lies on the north bank of the River Thames in the London borough of the City of Westminster.