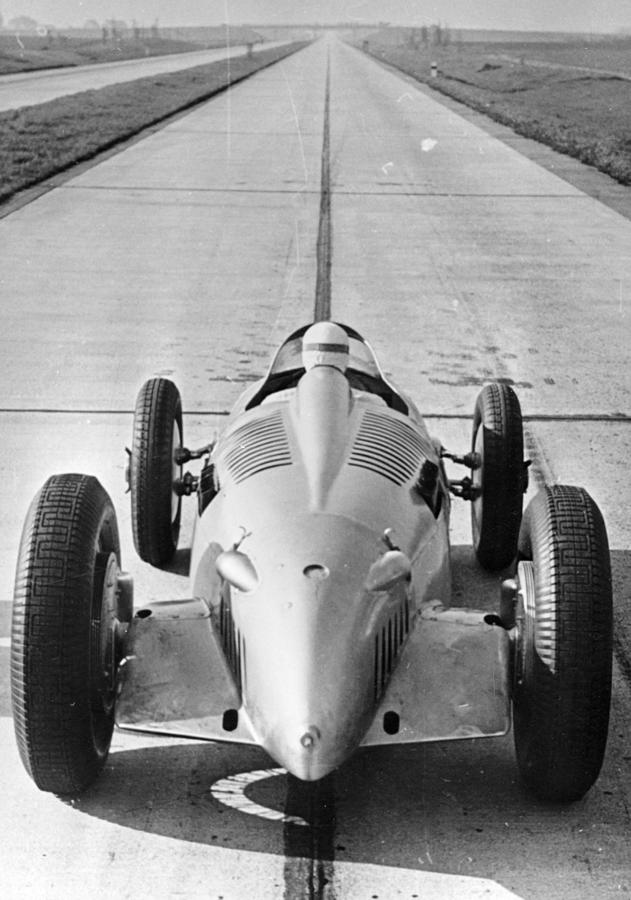 Bernd Rosemeyer in Auto Union record-breaking car, 1937. Bernd Rosemeyer set a number of world speed records for cars with engines of less than 8000cc capacity driving Auto Union cars in the late 1930s, when the team was engaged in a duel with Mercedes both in motor racing and record breaking. He was killed in 1938 when his car crashed on the Frankfurt-Darmstadt Autobahn while in the process of trying to regain the record from Mercedes. (Photo by National Motor Museum/Heritage Images/Getty Images)