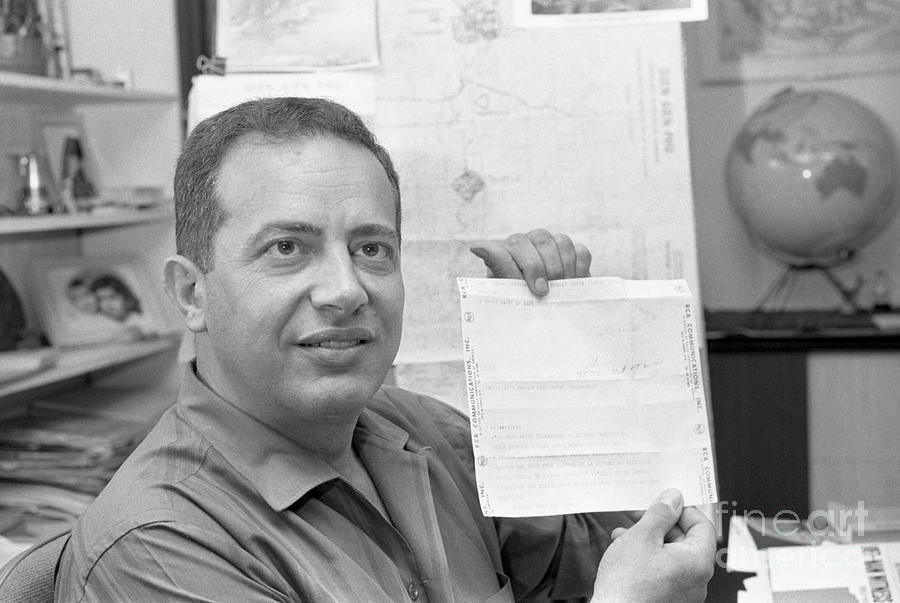 Bernard Fall of Paris, a French expert on Vietnam who teaches at Howard University holds up a cable he received from North Vietnamese Premier Phan Van Dong. The cable, in French, was in response to one Fall sent to Phan, It was one of three sent to Americans saying no trial of American war prisoners was in view and that the prisoners would be treated humanely. (Photo by Bettmann Archive/Getty Images)