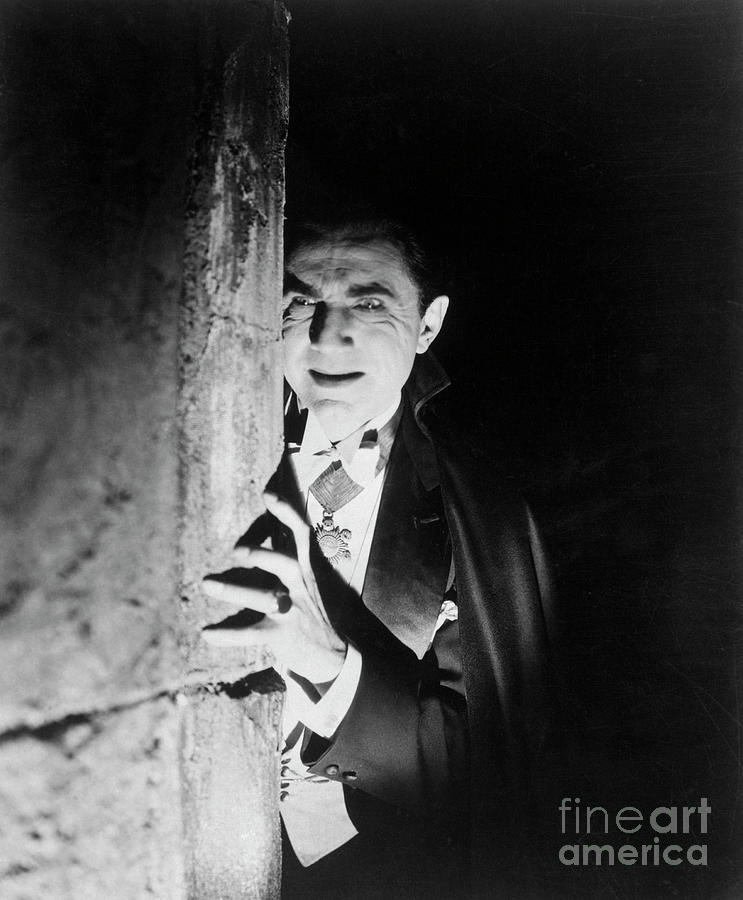 (Original Caption) Bela Lugosi is shown in a still publicizing the 1931 Universal Studios film Dracula. An unknown Hungarian actor, Lugosi had played Dracula for a year on Broadway. In the film, the eerie effect of his almond-shaped, crystal blue eyes was heightened by focusing light on them through two small holes in a piece of cardboard, Raymond T. McNally and Radu Floresco write in In Search of Dracula. They recall that when Lugosi died in 1956 at the age of 73, he had only $3,000. In accordance with his wishes he was buried with his cape. Here he shown in a closeup.