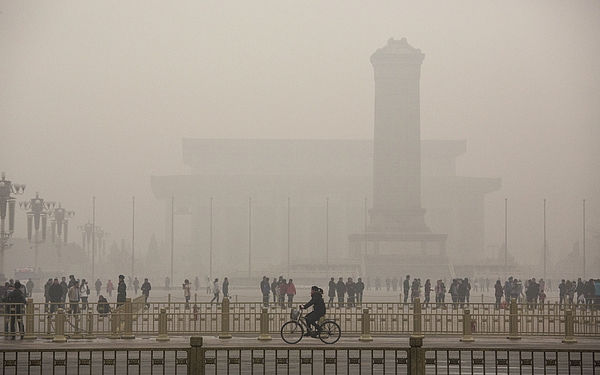 BEIJING, CHINA - NOVEMBER 30:Tiananmen Square is seen on a day of heavy pollution on November 30, 2015 in Beijing, China. China's capital and many cities in the northern part of the country recorded the worst smog of the year with air quality devices in some areas unable to read such high levels of pollutants. Levels of PM 2.5, considered the most hazardous, crossed 600 units in Beijing, nearly 25 times the acceptable standard set by the World Health Organization. The governments of more than 190 countries are meeting in Paris this week to set targets on reducing carbon emissions in an attempt to forge a new global agreement on climate change. (Photo by Kevin Frayer/Getty Images)