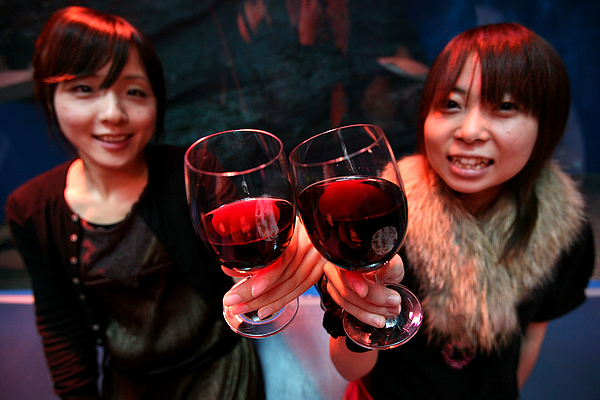 TOKYO - NOVEMBER 20: Guests make a toast to each other with the 2008 vintage Beaujolais Nouveau during an event for the release of Beaujolais Nouveau at Epson Shinagawa Aqua Stadium on November 20, 2008 in Tokyo, Japan. The French red wine is released worldwide annually at the strike of midnight on the third Thursday of November. (Photo by Kiyoshi Ota/Getty Images)