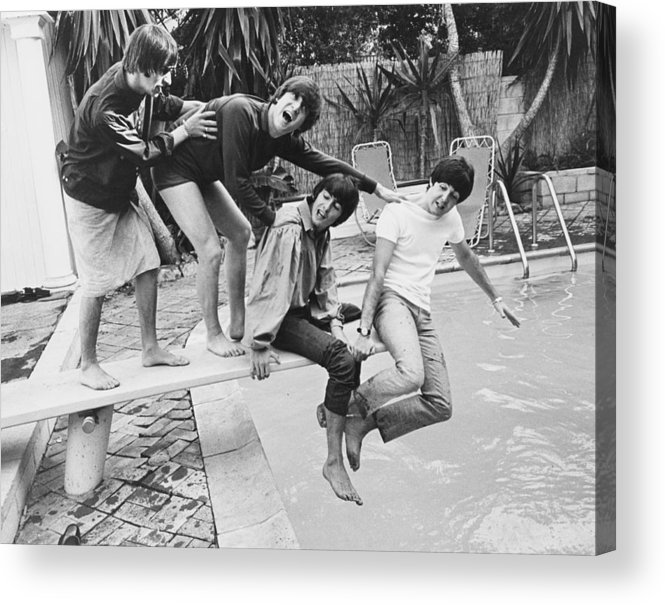 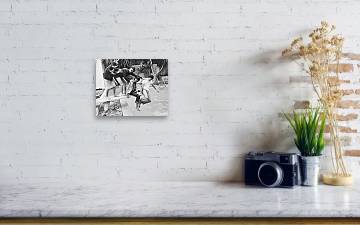 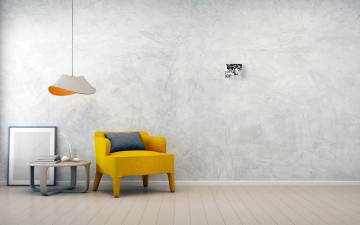 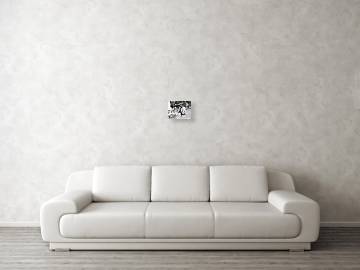 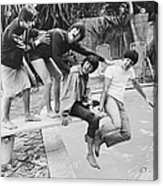 Beatles In La acrylic print by Express.   Bring your artwork to life with the stylish lines and added depth of an acrylic print. Your image gets printed directly onto the back of a 1/4" thick sheet of clear acrylic. The high gloss of the acrylic sheet complements the rich colors of any image to produce stunning results. Two different mounting options are available, see below.

British pop group The Beatles clown about on the diving board of their Hollywood Hills hideout during their tour of Canada and the US, 28th August 1964. From left to right, Ringo Starr, John Lennon (1940 - 1980), George Harrison (1943 - 2001) and Paul McCartney. (Photo by Express/Archive Photos/Getty Images)Image provided by Getty Images.