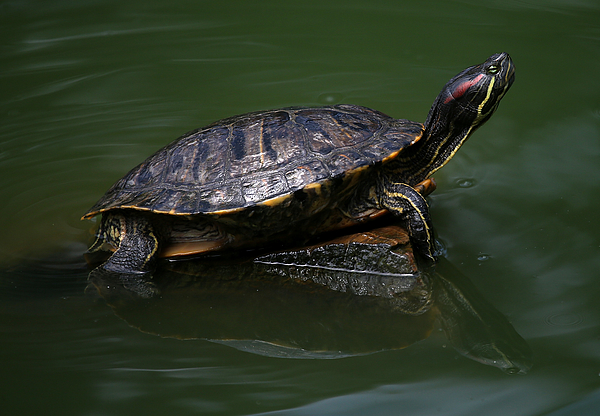 SAN FRANCISCO, CA - AUGUST 11: A turtle sits on a rock at Stow Lake on August 11, 2014 in San Francisco, California. San Francisco Bay Area animal shelters and humane society leaders are reminding the public of the level of commitment it takes to own a turtle as they brace for a surge in sales of turtles following the box office success of the new Teenage Mutant Ninja Turtles movie. Many turtles are often neglected and end up released into the wild or dropped off at animal shelters. (Photo by Justin Sullivan/Getty Images)

There are no comments for Bay Area Humane Society Leaders Caution About Impulse Pet Turtle Purchases, After Popularity Of Teenage Mutant Turtles Movie.   Click here to post the first comment.