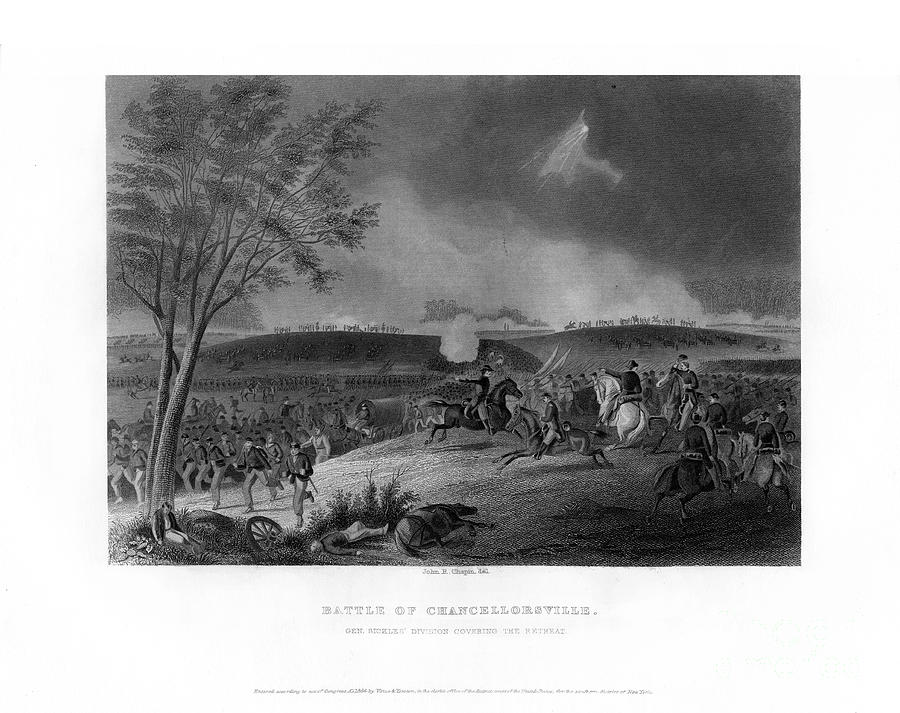 Battle of Chancellorsville, fought from April 30th to May 6th, 1863 (1862-1867). General Sickles' division covering the retreat. Chancellorsville is regarded as possibly Confederate general Robert E Lee's finest victory. Despite being outnumbered two to one, his army decisively defeated a Union army commanded by Joseph Hooker in the battle. An engraving from volume III of The War with the South : a History of the Late Rebellion, by Robert Tomes, Benjamin G Smith, New York, Virtue & Yorston, 3 Volumes, 1862-1867. (Photo by The Print Collector/Print Collector/Getty Images)