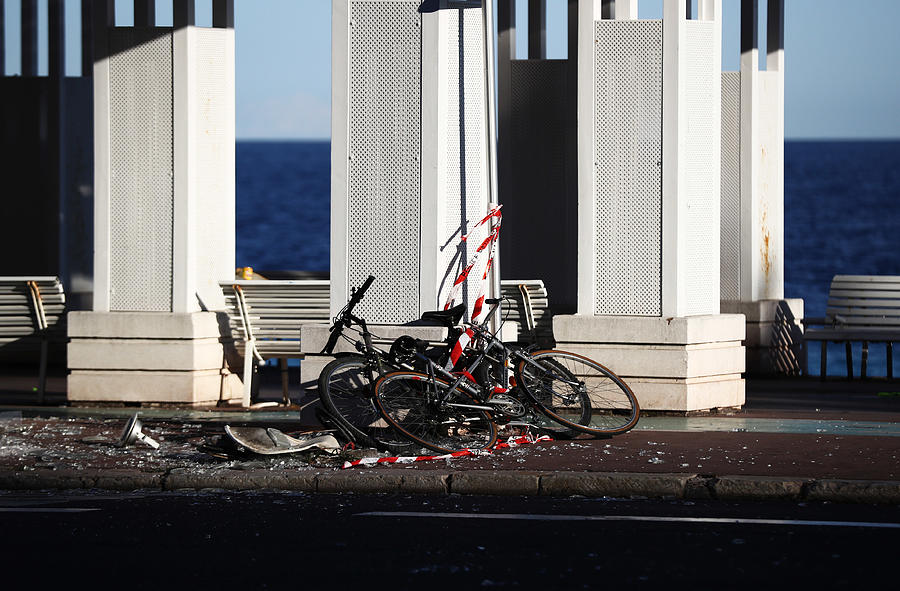 NICE, FRANCE - JULY 15: Bikes and debris litter the Promenade des Anglais on July 15, 2016 in Nice, France. A French-Tunisian attacker killed 84 people as he drove a lorry through crowds, gathered to watch a firework display during Bastille Day Celebrations. The attacker then opened fire on people in the crowd before being shot dead by police. (Photo by Carl Court/Getty Images)