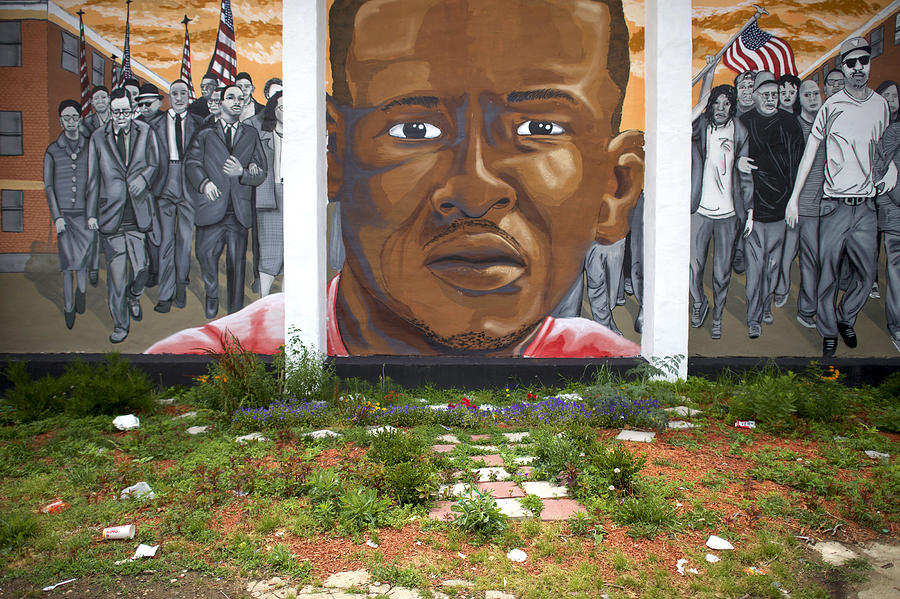 BALTIMORE, MD - JUNE 23: Trash collects below a mural of Freddie Gray after Baltimore police officer Caesar Goodson Jr. was found not guilty on all charges on June 23, 2016 in Baltimore, Maryland. Officer Goodson, the van driver in the Freddie Gray case, is facing multiple charges including second-degree murder. This is the third trial related to the death of Freddie Gray, who died while in police custody. (Photo by Mark Makela/Getty Images)