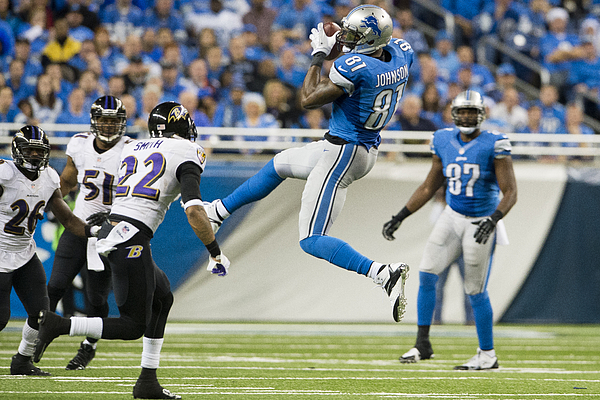 DETROIT, MI - DECEMBER 16: Wide receiver Calvin Johnson #81 of the Detroit Lions catches a pass during the second half against the Baltimore Ravens at Ford Field on December 16, 2013 in Detroit, Michigan. The Ravens defeated the Lions 18-16. (Photo by Jason Miller/Getty Images)