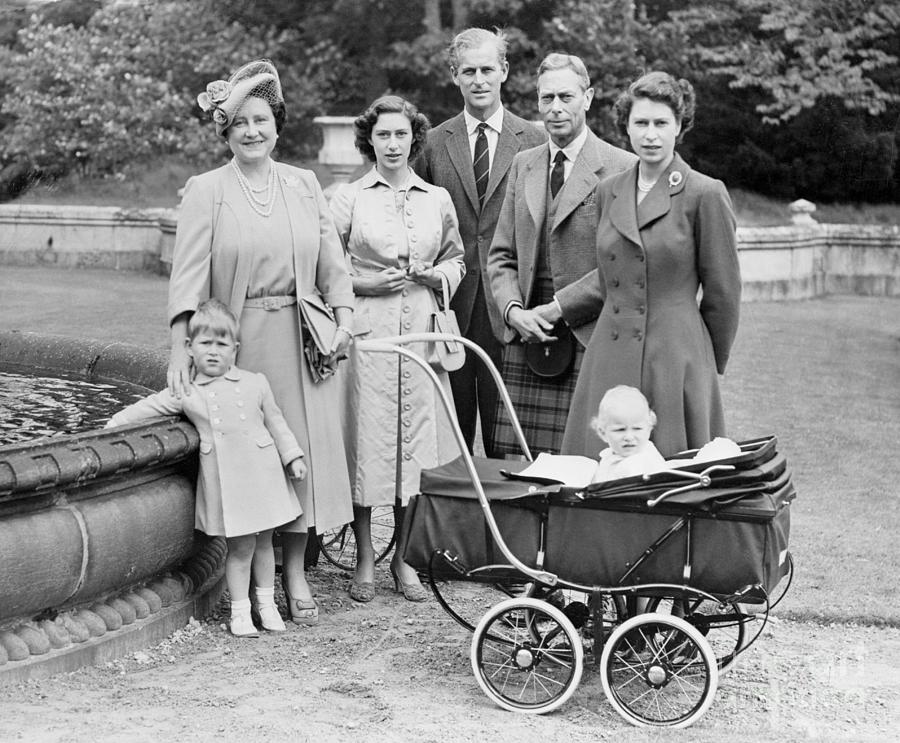 (Original Caption) Ballater, Scotland: Royal Gathering At Balmoral. The Royal Family poses for an outdoor portrait at Balmoral Castle, Scotland, where the King and Queen of England are currently in residence. Left to right are: Prince Charles, 3; Queen Elizabeth; Princess Margaret, who celebrated her 21st birthday August 21; the Duke of Edinburgh; King George VI; Princess Elizabeth; and one-year-old Princess Anne. Both children seem to be indifferent about having their picture taken. Prince Charles reaches for the water in the fountain while Princess Anne, seated in the baby carriage, has her attention elsewhere.