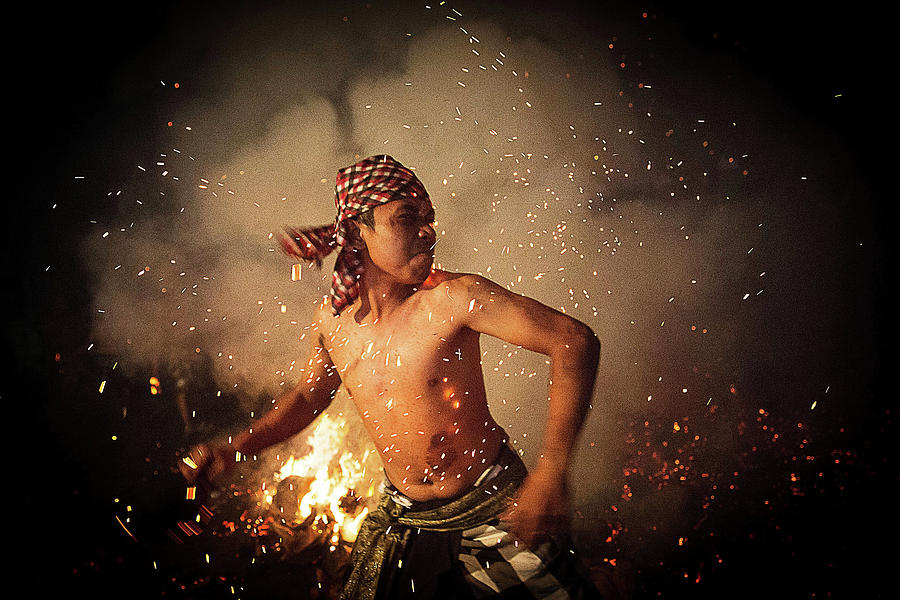 GIANYAR, BALI, INDONESIA - MARCH 30: A Balinese man throws a burned coconut husk during the 'Mesabatan Api' ritual a head of Nyepi Day on March 30, 2014 in Gianyar, Bali, Indonesia. Mesabatan Api is held annually a day before the Nyepi Day of Silence, as symbolizes the purification of universe and human body trough fire. Nyepi is a Hindu celebration observed every new year according to the Balinese calendar. The national holiday is one of self-reflection and meditation and activities such as working, watching television or travelling are restricted between the hours of 6 a.m. and 6 p.m. (Photo by Agung Parameswara/Getty Images)