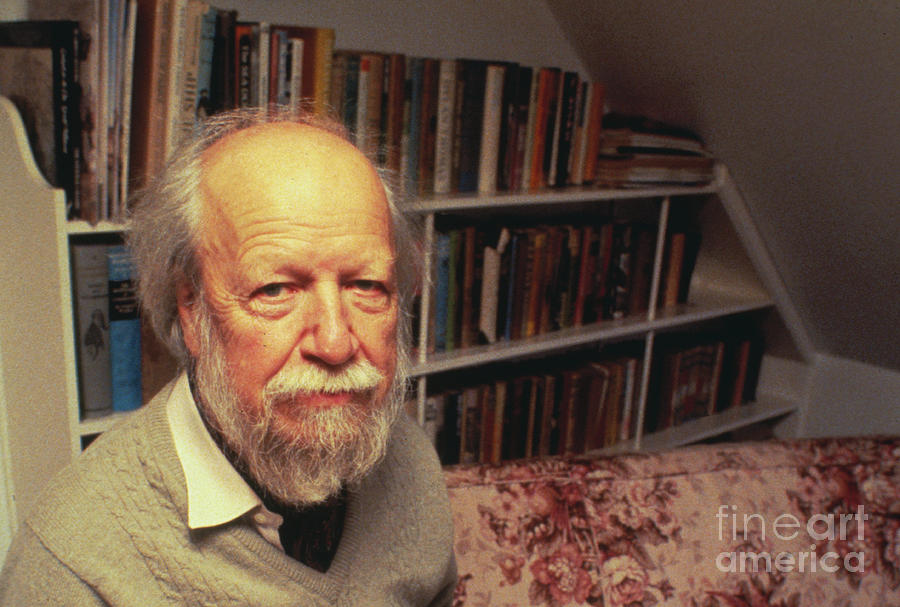 (Original Caption) British writer William Golding, winner of the 1983 Nobel Prize for Literature. William Golding is the ninth British or Irish writer to win the Nobel prize since it was founded in 1901. In its citation the Academy said the novelist had won the prize for "illuminating the human condition through the perspicuity of his realistic narrative and his use of universal myth." William Golding is married and has one son and one daughter.