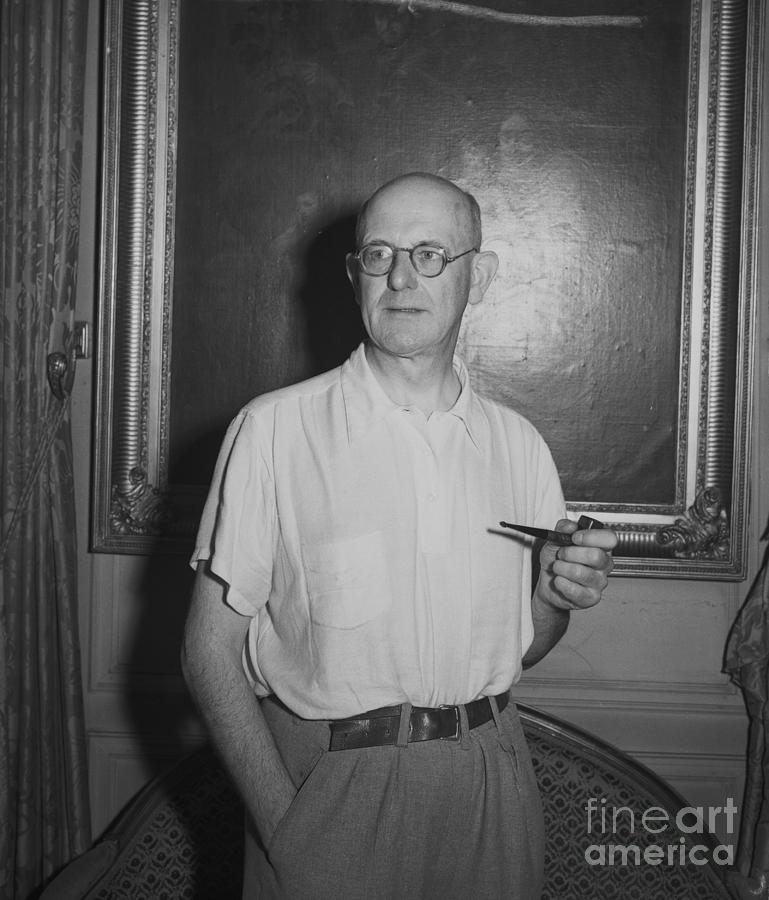 (Original Caption) P. G. Wodehouse, famed British creator of the Butler, Jeeves, and author of some unfortunate broadcasts from Berlin, as well, set up his housekeeping in Paris, when the war was over. Photographed for the first time in five years, he is shown here. The writer completed another Jeeves story and was currently working on the story of his life in Nazi hands. He worked in the morning and did his share of waiting on line for food in the afternoons. Wodehouse is seen here at his typewriter in the furnished flat he rented for 16,000 francs per month.