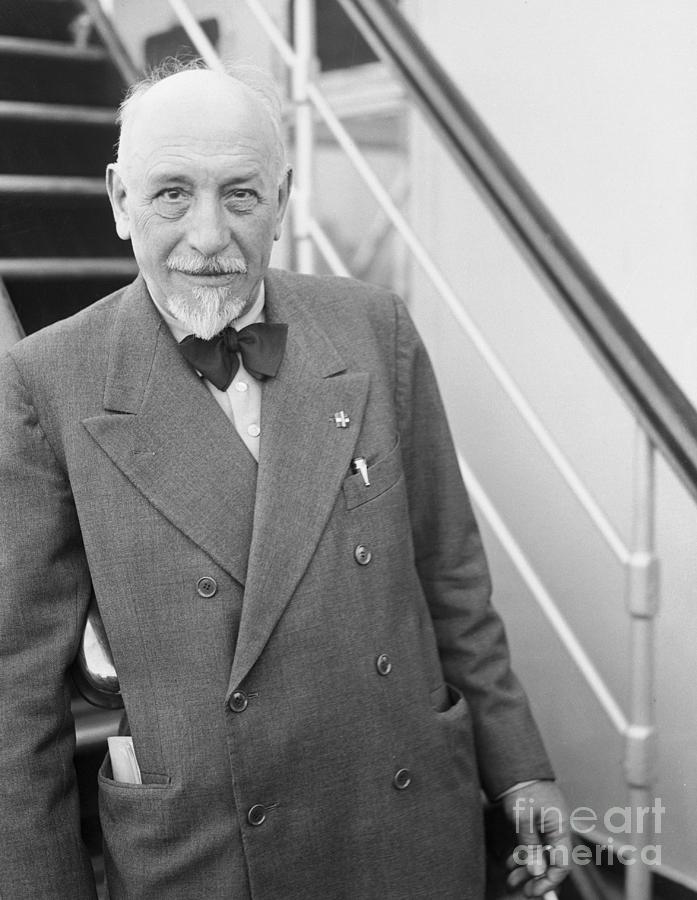 (Original Caption) New York: Pirandello. Nobel Prize Winner Here. Luigi Pirandello, famous Italian playwright and winner of the Nobel Award for Literature for 1934, photographed on the S. S. Conte Di Savoia when he arrived in America today, July 20th. The playwright will spend several weeks in New York and will then proceed to Hollywood where he will oversee the production of his book Six Characters In Search Of An Author, while still in Europe, Signor Pirandello denied he had been forced to cancel his passage to America on a French liner, as had been reported.