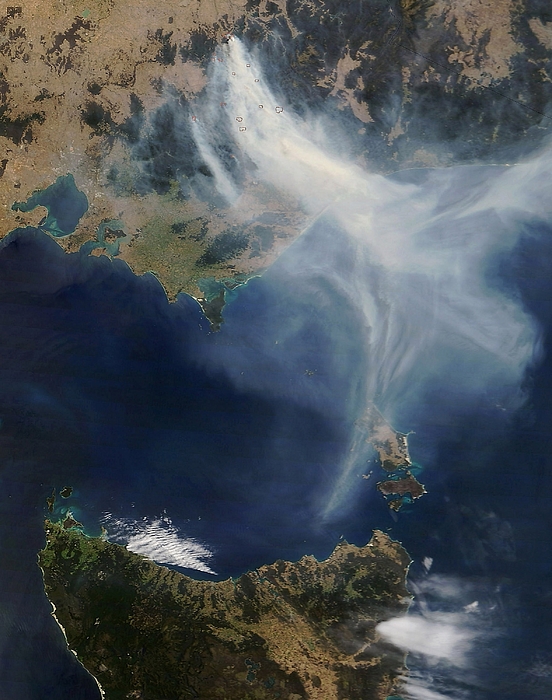 IN SPACE - DECEMBER 7: This satellite image from NASA taken on December 5, 2006 shows smoke from bush fires in southeastern Australia. At left is Melbourne and Port Phillip Bay. Thirty-seven bushfires, thought to have been sparked by lightning, have joined together to become 15 large fires. They have burnt approximately 90,000 hectares of scrub and forest and continue to spread in the southern Australian state of Victoria. Officials predict the fires might burn out as much as 600,000 hectares by next week. Several villages and properties are under threat from the advancing fire front. The Bureau of Meteorology expects temperatures to reach over 37 degrees Celcius on Saturday in the areas affected by the fire, making fire fighting extremely difficult. (Illustration by NASA via Getty Images)