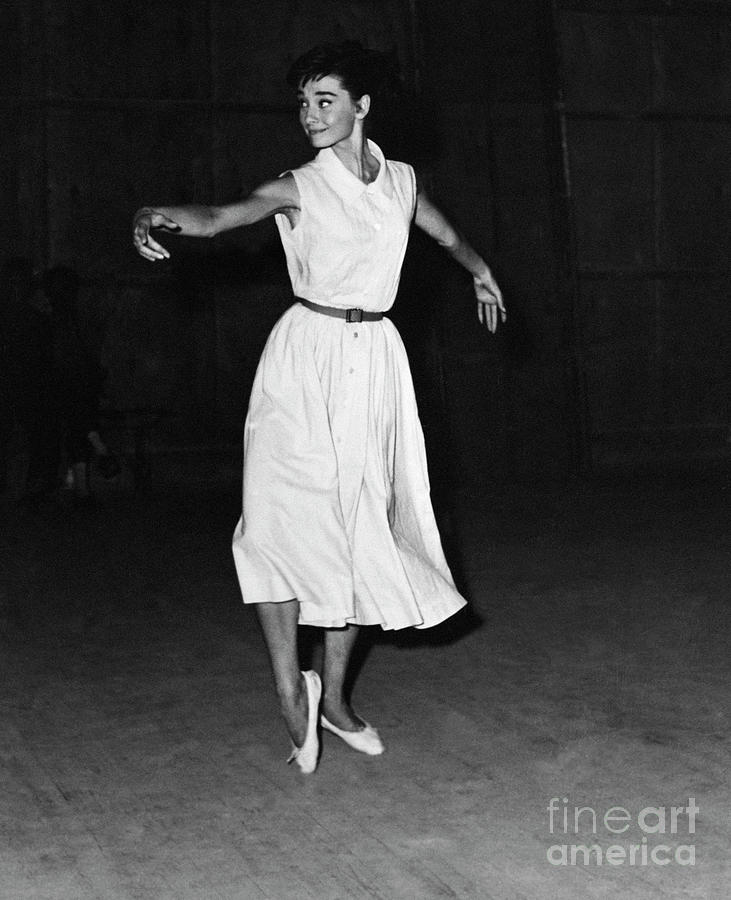 (Original Caption) 8/27/1955-Rome, Italy- Audrey Hepburn, whose many talents didn't include the gavotte, takes lessons in the old French dance in Rome. Audrey had to learn the dance, which was in vogue in czarist Russia, for her role in "War and Peace." No one could be found in Rome who could teach Miss Hepburn the intricate steps of the gavotte until an American dancer from Paris showed up. Under his guidance, Audrey was soon gavotting like best of them.