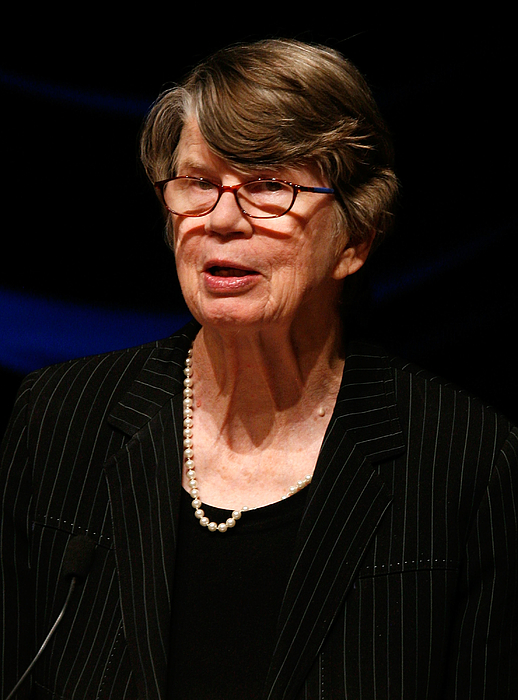 WASHINGTON - APRIL 17: Former U.S. Attorney General Janet Reno speaks after she was awarded with the Justice Award by the American Judicature Society at the Ronald Reagan Building and International Trade Center April 17, 2009 in Washington, DC. The award is the highest honor given by the society for Reno's devotion and dedication to the administration of justice in the United States. (Photo by Alex Wong/Getty Images)