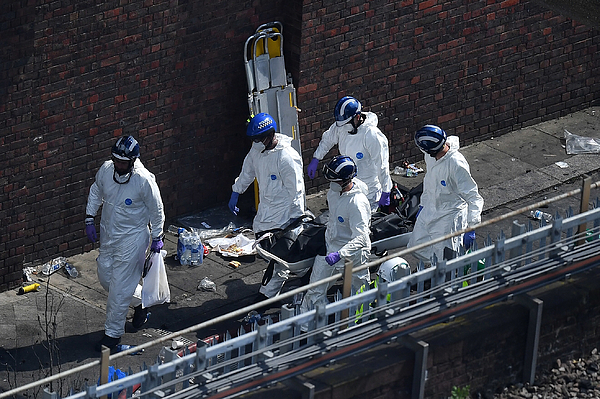 LONDON, ENGLAND - JUNE 14: Police forensics carry a stretcher with a body bag on out of the 24 storey residential Grenfell Tower block in Latimer Road, West London on June 14, 2017 in London, England. The Mayor of London, Sadiq Khan, has declared the fire a major incident as more than 200 firefighters are still tackling the blaze, while at least 50 people are receiving hospital treatment.(Photo by Leon Neal/Getty Images)