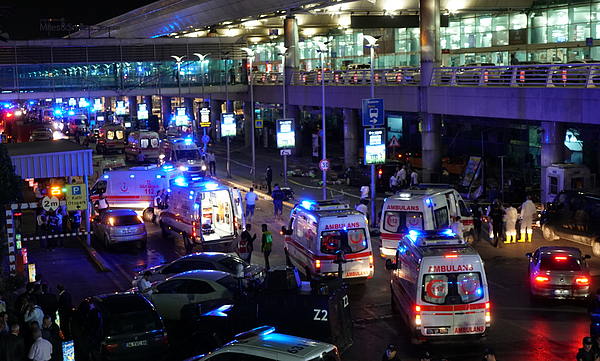 ISTANBUL, TURKEY - JUNE 28: Security and ambulances block the road outside Turkey's largest airport, Istanbul Ataturk, after it was hit by a suicide bomb attack on June 28, 2016, Turkey. Two suicide bombers opened fire before blowing themselves up at the entrance to the main international airport in Istanbul, killing at least 10 people and wounding at least 60 people according to Justice Minister Bekir Bozdagç. (Photo by Mehmet Ali Poyraz/Getty Images)