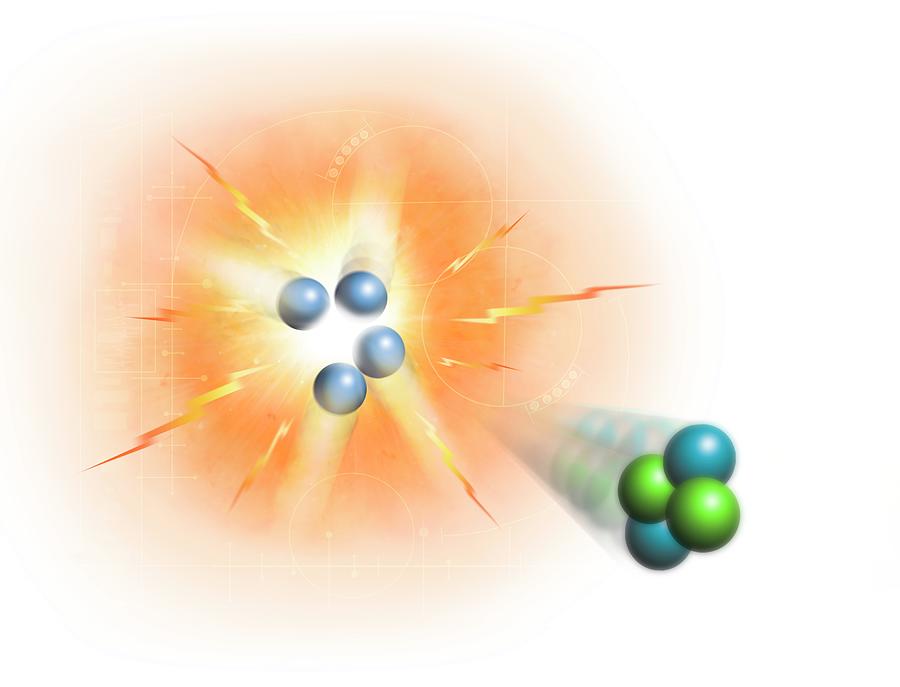 Conceptual image representing the process of nuclear fusion, specifically the creation of helium from hydrogen. Four protons (hydrogen nuclei) are combining on the left, releasing in the process two protons and two neutrons (a helium nucleus). The sum of the masses of the neutron and protons is less than that of the original four protons. The 'missing mass' is converted to energy, which we see in the form of electromagnetic radiation. This is the power behind the Sun's brilliant glow. In practice, the conversion of hydrogen into helium is more complicated than this, and undergoes several stages between the two shown here.