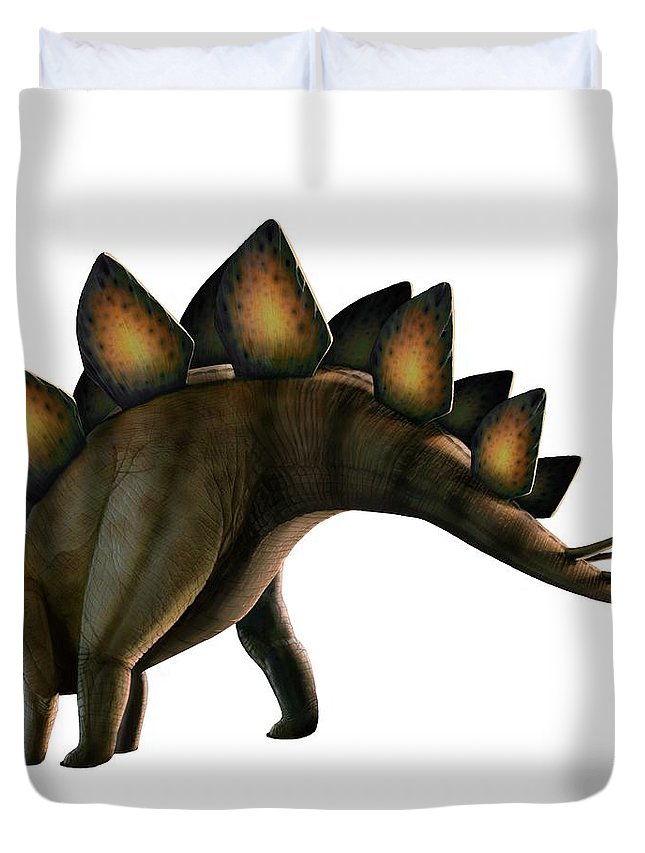 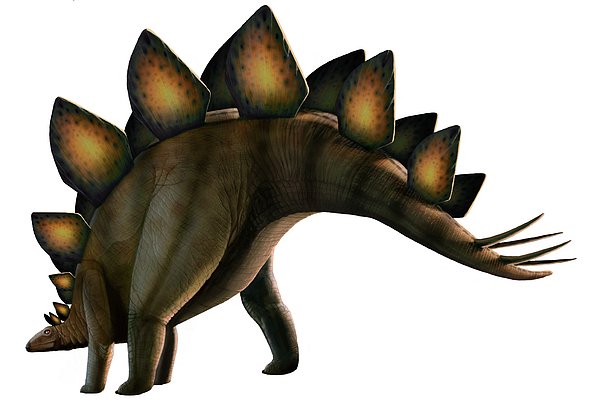 Queen duvet cover (88" x 88") featuring the image "Artwork Of A Stegosaurus Dinosaur" by Mark Garlick. Our soft microfiber duvet covers are hand sewn and include a hidden zipper for easy washing and assembly. Your selected image is printed on the top surface with a soft white surface underneath. All duvet covers are machine washable with cold water and a mild detergent.

Stegosaurus dinosaur, computer artwork. Stegosaurus was a herbivorous dinosaur. It was about 9 metres long and 2.75 metres tall, and weighed about 3... more

Stegosaurus dinosaur, computer artwork. Stegosaurus was a herbivorous dinosaur. It was about 9 metres long and 2.75 metres tall, and weighed about 3 tonnes. A row of bony plates ran down its back. These may have been used as cooling fins, or in mating displays. The spikes on the end of the tail, called thagomizers, were probably used to defend against predators. The rear legs were longer than the front legs. Stegosaurus lived during the late Jurassic period, between 156 and 140 million years ago.Image provided by Getty Images.