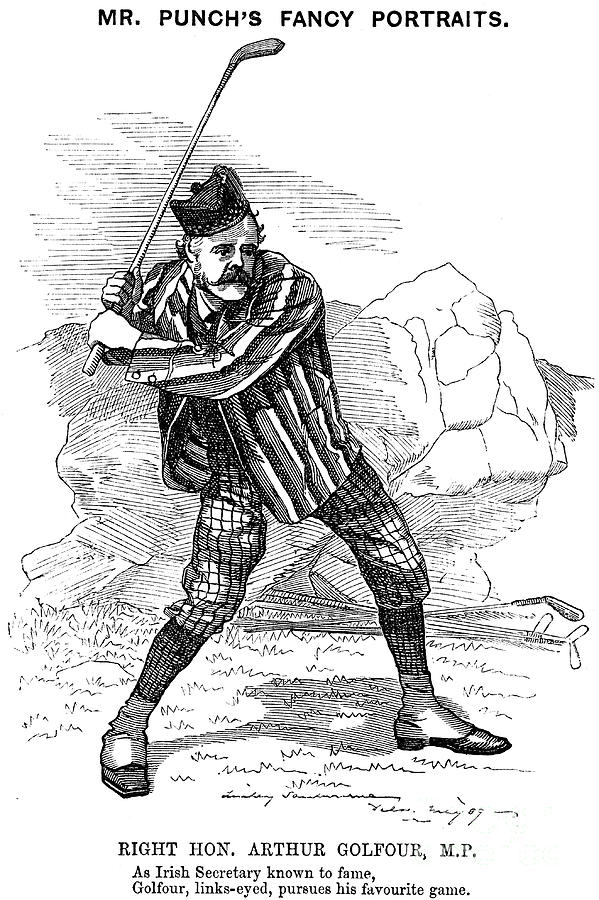 Arthur James Balfour (1848-1930), Scottish-born British statesman and philosopher, 1889. Balfour served as Prime Minister of the Conservative government of 1902-1905. He was the author, when Foreign Secretary, of the Balfour Declaration of 1917, which stated that Britain would endeavour to bring about the creation a Jewish state in Palestine. Balfour was a keen golfer as depicted in this cartoon from Punch, London, 18 May 1889. (Photo by Ann Ronan Pictures/Print Collector/Getty Images)