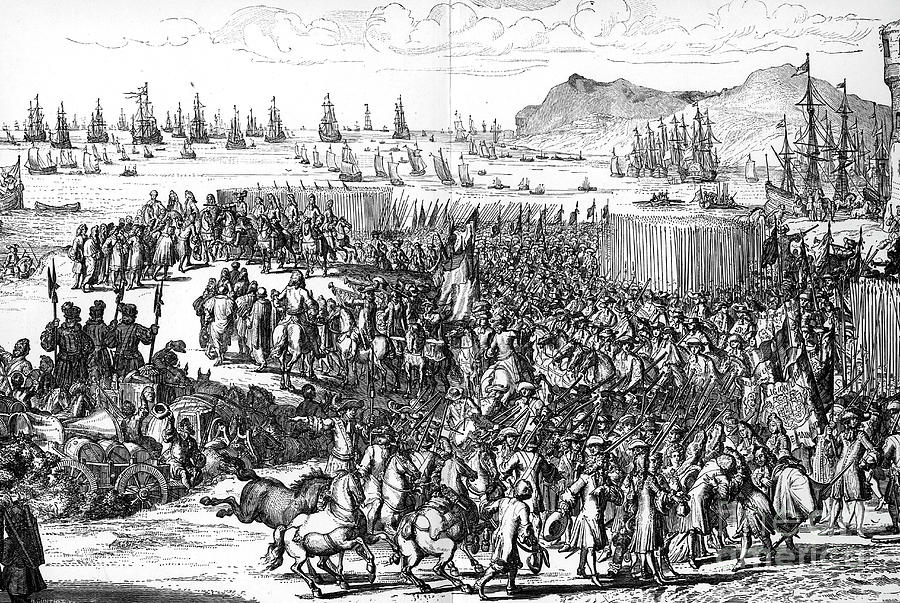 Arrival Of William Of Orange

Arrival Of William Of Orange

Arrival of William of Orange in England, 15-16 November 1688, (1903). A protestant, William of Orange (1650-1702) was invited by a conspiracy of English notables to depose the Catholic James II and assume the throne in his stead. The invasion, which was virtually bloodless, was successful and became known as the 'Glorious Revolution'. James fled to France and the Prince of Orange was crowned William III of Great Britain and Ireland on 11 April 1689. He co-ruled with his wife Mary II from 1689, continuing as sole ruler after her death in 1694. A print from The World's History, A Survey of Man's Record, by Dr HF Helmolt, Volume II, William Heinemann, London, 1903. (Photo by The Print Collector/Print Collector/Getty Images)