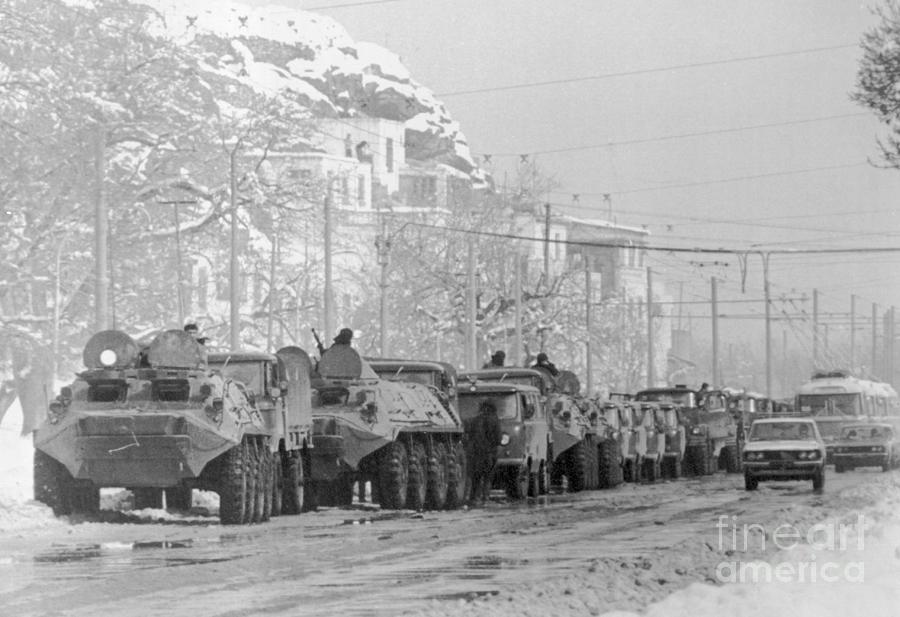 (Original Caption) Column of armored vehicles and trucks of the Soviet army arrives at this snowbound city January 30 to reinforce the Russian military organization in Afghanistan. It is reported that after a month in Afghanistan, the strain of resistance to their occupation is obviously beginning to wear on the Soviet troops and that they are less friendly now.