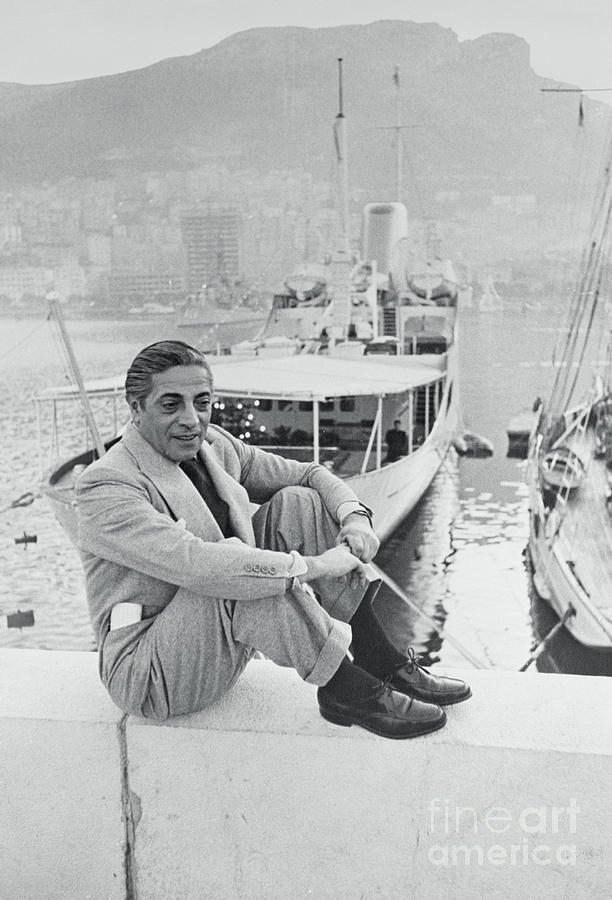 Aristotle Onassis Sitting On Side

Aristotle Onassis Sitting On Side

(Original Caption) Sitting on the Quay wall in front of his converted $2,5000,000 destroyer yacht Christina is Greek shipping magnate Aristotle Onassis, who gives his views about Prince Rainier of Monaco in the new issue of Look magazine. Onassis, who owns most of the valuable property in the Prince's domain, describes Rainier as "a kid who talks too much." The shipping magnate also indicates that the prince who was to take Grace Kelly as his Princess, was suffering the pangs of jealousy because the Prince's 135 foot yacht was overshadowed by Onassis' 303 foot model. The Look article also quotes Onassis as criticizing Rainier for badly investing Monaco's depleted National Treasury in a fly-by-night bank whose owner was then awaiting trial.