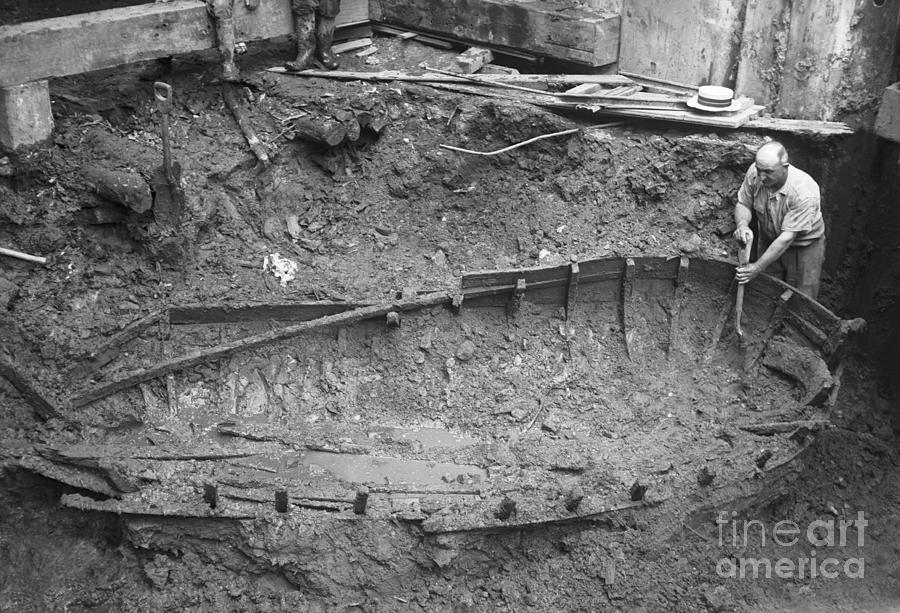 (Original Caption) Find Century-Old Boat Well Preserved In Excavation. New York, New York: The hull of an old boat made of solid oak and reported to be over one-hundred years old, was found Tuesday, July 28, in an excavation at Front Street, New York City, at a spot about 350 feet from the North River. The boat, which was well preserved through he passing years, will be an addition to the Seaman's Institute. Excavators believe that spot was an old dock and that this boat was sunk over a century ago. July 28, 1925.