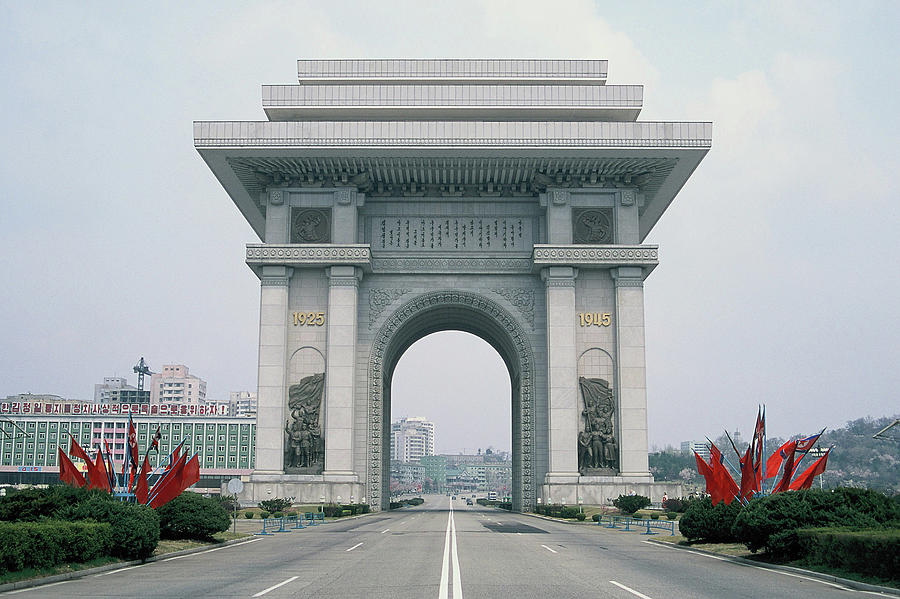 Built in 1982 for the 70th birthday of president Kim Il Sung near Morang hill. The arch represents a revolutionary hymn, to the year 1925, when North Korean history states that Kim set out on the journey for national liberation. And the year 1945, the end of World War II, which was also the end of the Japanese occupation.It is a few meters larger than its orign model in Paris.April 2007(scanned slide)

Beautiful capture, love getting a peek at this hermit country. L P F