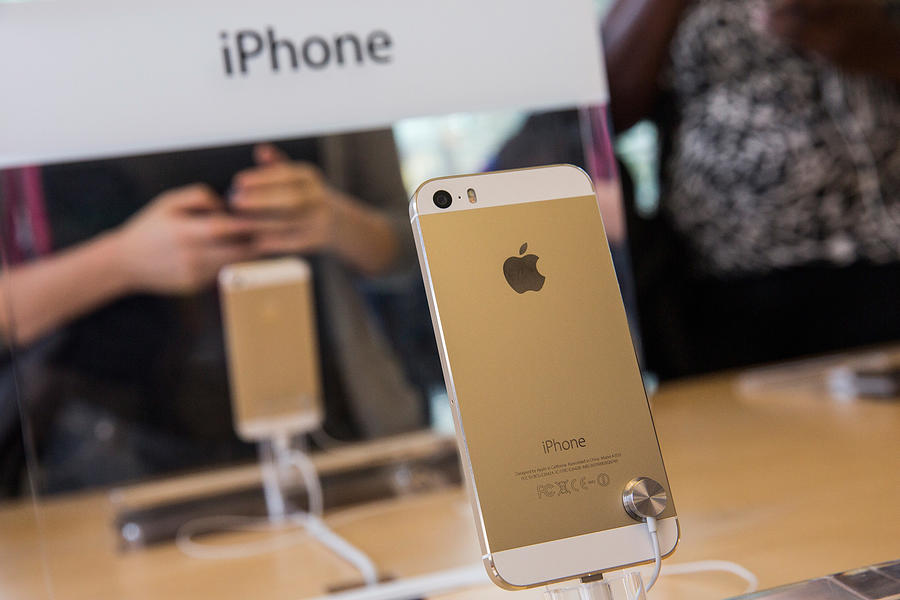 NEW YORK, NY - SEPTEMBER 20: The gold version of the iPhone 5S is displayed at an Apple store on September 20, 2013 in New York City. Apple launched two new models of iPhone: the iPhone 5S, which is preceded by the iPhone 5, and a cheaper, paired down version, the iPhone 5C. The Gold version of the phone has reportedly become one of the hardest to find and orders are backed-up into October. (Photo by Andrew Burton/Getty Images)