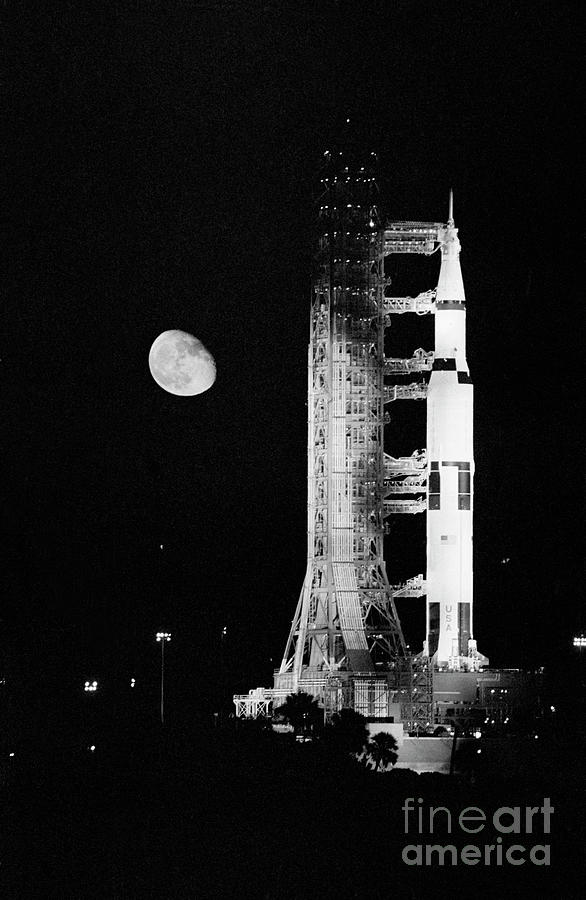 (Original Caption) Kennedy Space Center, Fla. Mounted atop a Saturn 5 rocket, the Apollo 11 spacecraft in which Neil Armstrong and Buzz Aldrin Jr. will land on the moon stands ready for liftoff as its target rises in the night sky over the Space Center here. The historic landing is set for early July 20th.