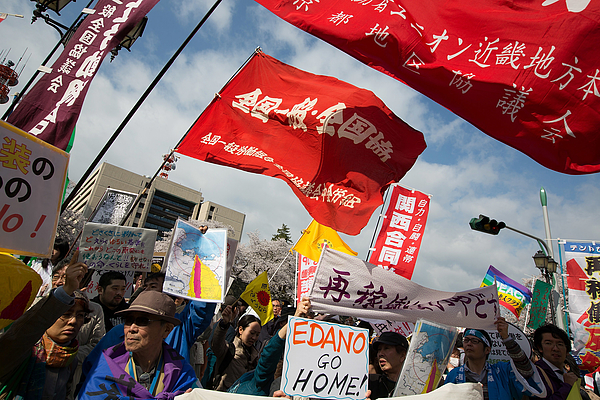 FUKUI, JAPAN - APRIL 14: Anti-nuclear activists protest against the Japanese government's decision to bring back online two nuclear reactors at the Ohi power plant, on April 14, 2012 in Fukui, Japan. The demonstration took place outside the Fukui Prefecture Government offices, coinciding with a meeting inside the building between Japanese Economy, Trade and Industry Minister Yukio Edano and the Fukui prefectural government officials. The nuclear reactors at Ohi have been offline for safety checks in the aftermath of the 2011 Fukushima nuclear disaster. (Photo by Jeremy Sutton-Hibbert/Getty Images)