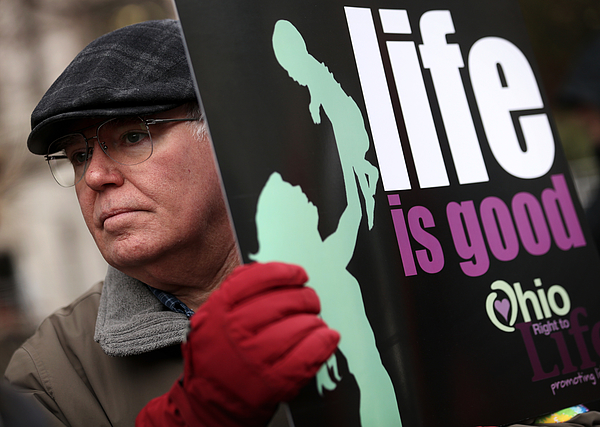 WASHINGTON, DC - JANUARY 21: Anti-abortion activist Brian Normile of Beavercreek, Ohio, holds up a poster during a prayer vigil outside Planned Parenthood January 21, 2014 in Washington, DC. Activists from all around the country gathered in Washington for the annual March for Life tomorrow to protest the Roe v. Wade Supreme Court decision in 1973 that helped to legalize abortion in the United States. (Photo by Alex Wong/Getty Images)