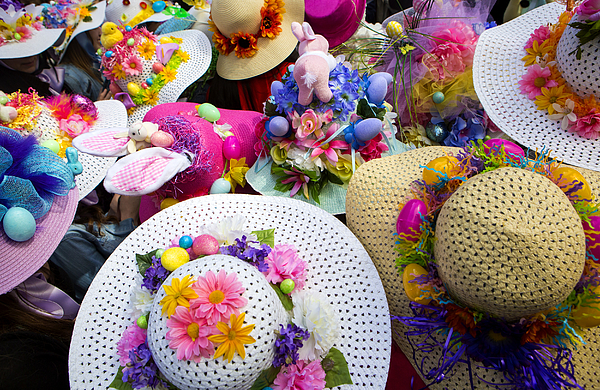 NEW YORK - APRIL 20: People wear bonnets during the Easter Parade and Bonnet Festival along 5th Avenue in New York. The parade is a New York tradition dating back to the mid-1800s when the social elite would parade their new fashions down Fifth Avenue after attending Easter services in one of the Fifth Avenue churches. (Photo by Eric Thayer/Getty Images)