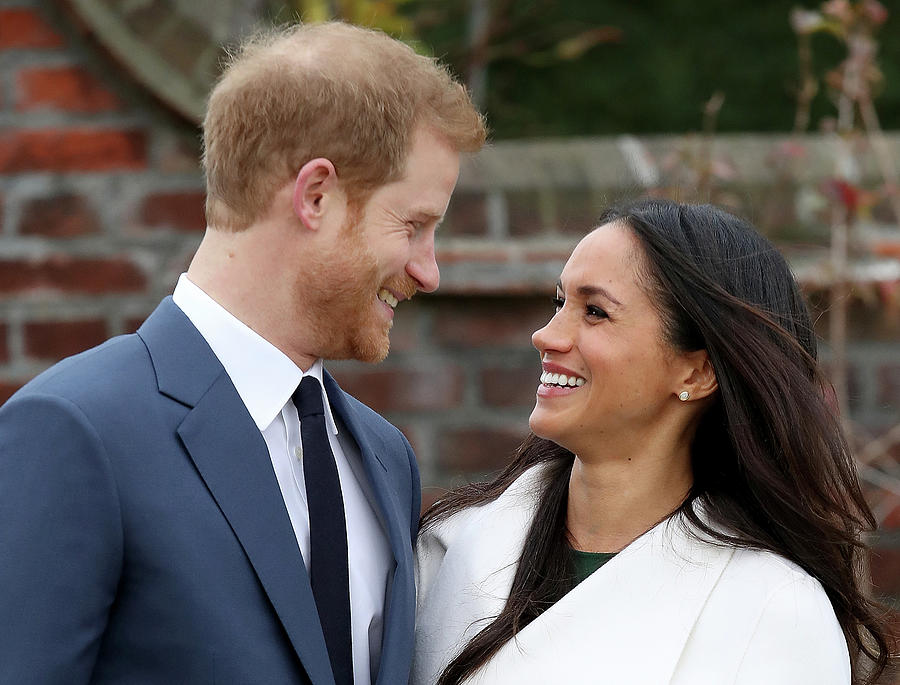 LONDON, ENGLAND - NOVEMBER 27: Prince Harry and actress Meghan Markle during an official photocall to announce their engagement at The Sunken Gardens at Kensington Palace on November 27, 2017 in London, England. Prince Harry and Meghan Markle have been a couple officially since November 2016 and are due to marry in Spring 2018. (Photo by Chris Jackson/Chris Jackson/Getty Images)